Finding a good used car on a tight budget may seem like a daunting task. Older, more affordable used cars often come with a lot of miles on the odometer, so if you’ve only got a few thousand dollars to spend, it’s worth targeting vehicles from manufacturers with a reputation for quality and reliability. Nissan checks most of the boxes in this regard, and here we’ve outlined seven of our favorite used Nissans available for around $5,000 or less. Regardless, it’s still a good idea to invest in a pre-purchase inspection from an independent third-party mechanic before committing to buying. 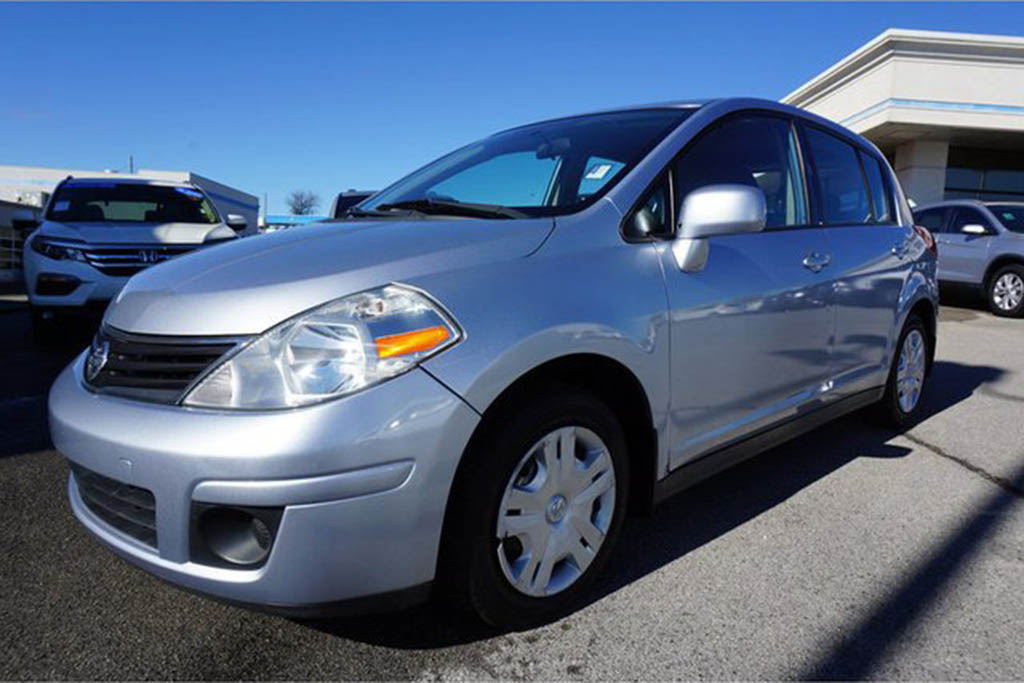 The Versa is designed for the budget-minded shopper, and is priced accordingly, as it’s consistently offered with one of the lowest starting prices in the industry when new. As a result, buyers looking for a cheap used car have a ton of Versas to choose from on Autotrader, with over 300 listed that fit our budget. The Versa is offered as both a sedan and in a practical hatchback body style, which would come in handy when the time comes to move large items around. Of all the Versas listed for $5,000 or less, around 200 of them, are hatchbacks. The Versa is efficient as well, returning 27 to 29 miles per gallon in combined driving, depending on how it’s configured. While it won’t offer many creature comforts, nor will it make a great road trip vehicle, the Versa is an excellent choice for someone looking for simple, basic transportation. Find a Nissan Versa for sale 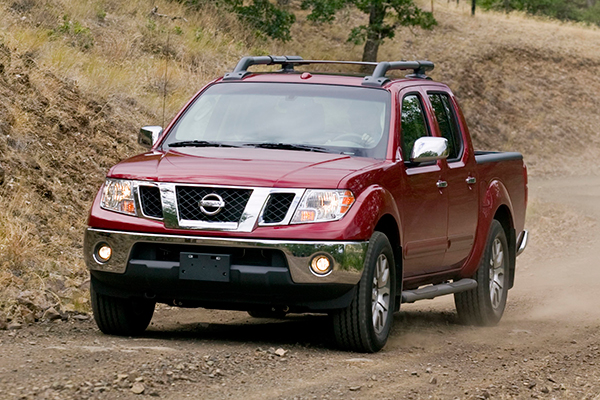 If you’re looking for an old school, inexpensive pickup truck, the Frontier is a great value. The current-generation Frontier has been on sale largely unchanged since the 2005 model year, and buyers prioritizing newness will even find a few 2005-or-newer Frontiers for prices in the $5,000 range, with around 30 currently listed on Autotrader. Keep in mind, though, that many of these have high mileage and lack 4-wheel drive, which will certainly be a deal breaker for some. If you want more options, look to the previous generation Frontier, which was sold from 1998 through 2004, around 100 of which are currently listed on Autotrader for about $5,000 or less. There was even a version of the ’98-’04 Frontier offered with a supercharged V6 engine — an extreme rarity in the pickup world. Don’t get your hopes up, though, as these tend to hold their value well, and there are only two listed that fit within our budget. Find a Nissan Frontier for sale 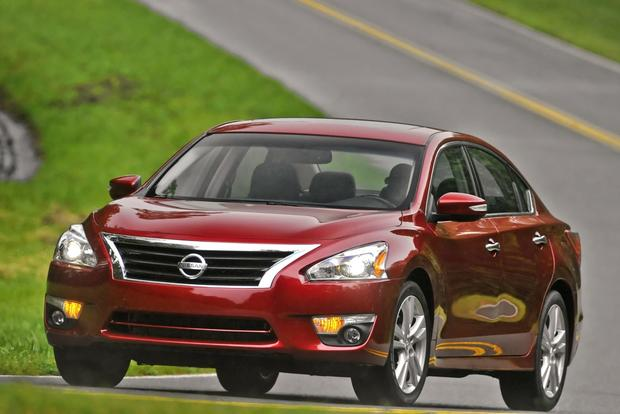 Long a competitor to the much-loved Toyota Camry and Honda Accord, the Altima is a great value. Currently, buyers can find a fourth-generation Altima, sold from the 2007-2012 model years, for around $5,000, and there are around 300 listed on Autotrader that fit the bill. The Altima was offered with two different engines over these years: an economical 4-cylinder and a potent 3.5-liter V6 that churned out an impressive 270 horsepower — a notably high figure for the time. Of the 300 Altimas listed on Autotrader that fit within our budget, around 30 come with the V6 engine. Buyers looking for something a little sportier can look to the fourth-gen Altima coupe, which was sold from the 2008 to 2013 model years. There are around 35 Altima coupes listed on Autotrader in the $5,000 range. Find a Nissan Altima for sale 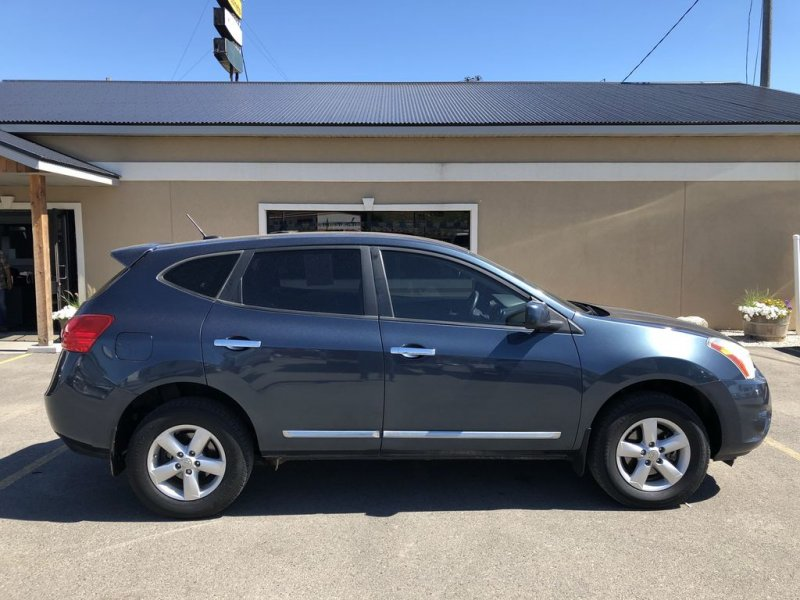 Nissan introduced its compact SUV, the Rogue, for the 2008 model year, and in the years since, it’s become one of the top-selling vehicles in America. Offering an economical 2.5-liter 4-cylinder engine paired with a continuously variable transmission, the first-gen Rogue returned around 24 mpg in combined driving with all-wheel drive. The original Rogue also earned good marks for safety, earning between four and five stars in all testing categories back in 2008 when it was originally tested. While it came out for 2008, the Rogue received an update for the 2011 model year, when it received redesigned front and rear styling, an updated dashboard — now with available navigation — and new trim pieces. There was also a Rogue “Kröm” Edition added to the mix, which came with more aggressive styling, a sport-tuned exhaust and fog lamps among other things. Right now there are around 100 2008-2013 Rogues listed on Autotrader for around $5,000, most of which are early models with a lot of mileage on the odometer. As far as affordable used Nissans go, the Rogue offers a lot of value. Find a Nissan Rogue for sale 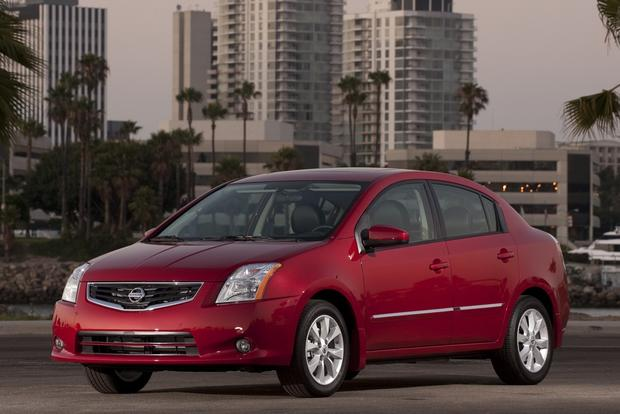 The compact Sentra competes with vehicles like the Toyota Corolla and the Honda Civic. Nissan introduced the sixth-generation Sentra back in 2007 and sales lasted through 2012. Buyers can currently find Sentras from these years for around $5,000 with ease, and there are over 250 such examples listed on Autotrader. The Sentra was offered with two different 4-cylinder engines making up to 200 hp and came with either a 6-speed manual or a CVT. Sporty SE-R and SE-R Spec-V models were offered that came standard with the manual and offered an optional limited slip differential, which helps with handling at the limit. Find a Nissan Sentra for sale 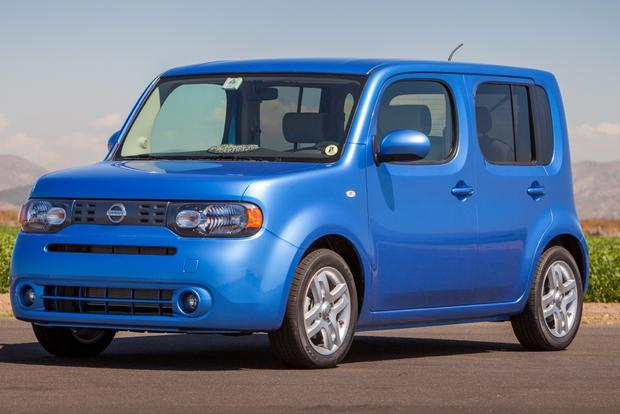 If you like boxy, quirk-laden cars, then you’ll love the Cube. Sold from 2009-2014, the Cube’s unique features extend beyond its, well, cube like body. The rear of the vehicle is actually asymmetrical, with a rear window that wraps around only on the passenger side. Additionally, every Cube comes with a piece of shag carpeting on the dashboard and “water ripple” designs throughout the interior in places like the headliner and speaker grilles, along with color-changing ambient lighting. Like the Versa, the Cube will best serve you as an urban runabout, rather than a highway cruiser, as its sole engine choice is a small 1.8-liter 4-cylinder putting out 122 hp and 127 lb-ft of torque. The Cube wasn’t a huge seller, and therefore there aren’t a lot out there. Currently on Autotrader, there are just over 200 listed in total, just over 50 of which are priced at around $5,000. Find a Nissan Cube for sale 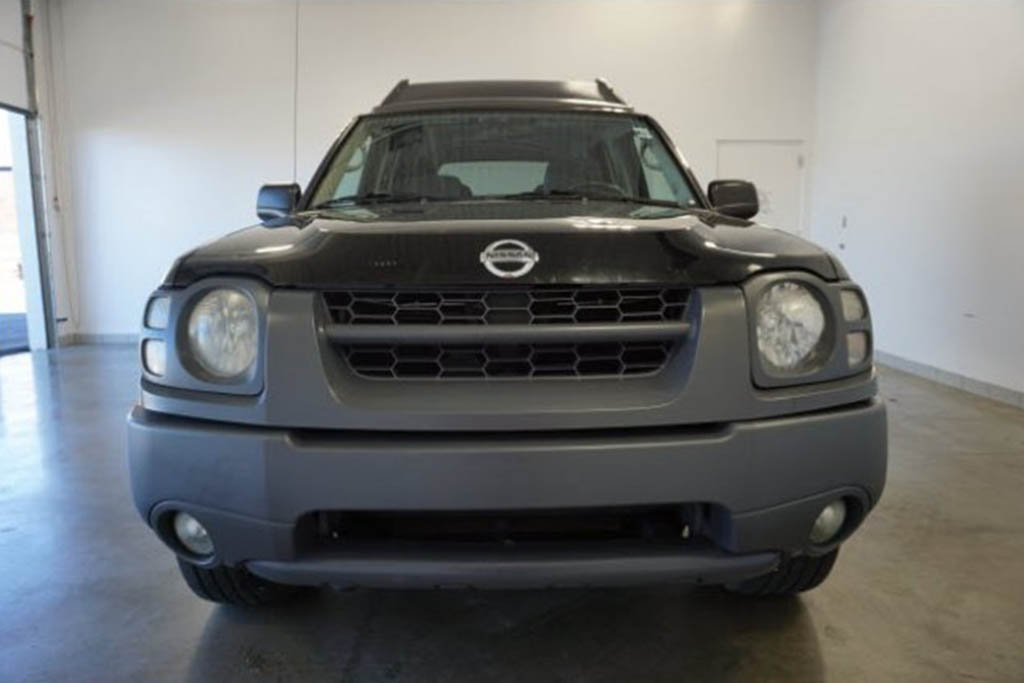 Like the Frontier pickup on which it is based, the Nissan Xterra is a rugged, go-anywhere utility vehicle. Conceived to compete with the Toyota 4Runner, the Xterra offers a body-on-frame construction, a solid rear axle and a true low-range 4WD system, crucial for anyone wanting to get off-road. As the Xterra never quite earned the following enjoyed by the 4Runner, Nissan opted to discontinue it a few years ago, and its status as a dead nameplate has resulted in steep depreciation over the years, allowing buyers to pick one up at a great value. Every Xterra comes with a strong V6 engine, while 2WD and 4WD were both available, as were manual and automatic transmissions. The Xterra was sold over two generations: the first generation model was offered from 1999 to 2004, while the second generation Xterra was sold through the 2015 model year. Examples from both generations are readily available for under five grand, with over 100 listed on Autotrader that fit the bill. Find a Nissan XTerra for sale

These are the best deals on trucks for the month of December 2021.
Read more

A lot of seats don't have to cost a lot of money.
Read more

A used pickup could be the most practical purchase you ever make.
Read more

It's not hard to find a relatively modern family sedan for under $10,000.
Read more