Midsize pickups are extremely popular right now, but maybe your budget precludes you from buying a new one, or you just want to save a few dollars. This way of thinking sends a lot of buyers to the used market, and here we’ve outlined five of the best midsize trucks available for around $15,000.

The second-gen Toyota Tacoma came out for the 2005 model year and sales lasted all the way through 2011. Part of the vehicle’s newness was a 4.0-liter V6 that still sees use in the 4Runner on sale today. In the Tacoma, the 4.0 put out 236 horsepower and 220 lb-ft of torque. Buyers interested in a 2005-2010 model year Tacoma should note that Toyota settled a class-action lawsuit regarding excessive frame rust. As part of the settlement, Toyota agreed to inspect frames and replace them whenever there was an issue. It’s important to verify whether this issue has been addressed on any 2005-2010 you may be considering buying. 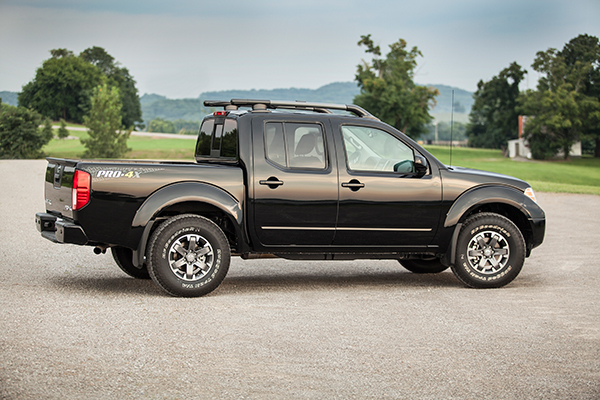 The oldest out of all of the midsize pickups on sale today, the Nissan Frontier has been offered in its current form for over 15 years. That’s right, the last time the Frontier was all-new was 2004. Thanks to its age, buyers can find a very new example for under $15,000, and there are currently over 1,000 2009-or-newer Frontiers listed on Autotrader for $15,000 or less. Powering the Frontier from these years is either a 2.5-liter 4-cylinder making 152 hp and 171 lb-ft of torque or a 4.0-liter V6 putting out 261 hp and 281 lb-ft of torque. The Frontier is extremely dated inside and offers virtually nothing in the way of technology and safety features. Still, it’s a great used car value, and there are currently 750 listed on Autotrader for around $15,000 — 30 of which are even the off-road oriented Pro-4X model. Find a Nissan Frontier for sale 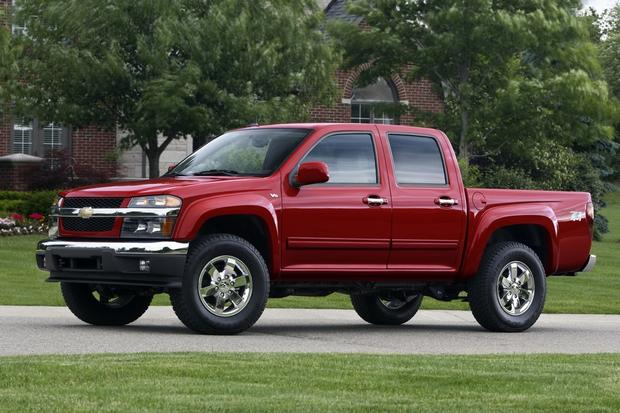 Buyers can find a 2004-2012 Chevrolet Colorado fairly easily for around $15,000, with over 850 viable options listed on Autotrader, although only around 350 come with 4-wheel drive. The Colorado was the successor to the S-10, and like most other vehicles on this list, was offered in single, extended and crew-cab body styles. Unique to the Colorado though was an available V8 engine, offered from 2009 to 2012 and putting out 300 hp and 320 hp. Buyers will find any first-generation Colorado to have just okay quality on the inside, as the early 2000s weren’t General Motors’ finest with regard to interiors. Since the current second-generation Colorado, which was introduced for the 2015 model year, hasn’t yet depreciated down to the $15,000 mark, a first-gen example is probably your best bet at finding a used Colorado.

Anyone interested in a Colorado should also consider the mechanically-identical 2004-2012 GMC Canyon, of which there are over 250 examples listed on Autotrader for under $15,000. Find a Chevrolet Colorado for sale 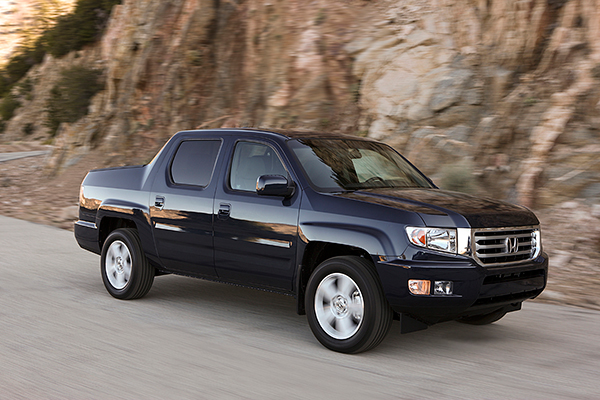 The Honda Ridgeline is built on a front-wheel-drive based, unibody platform shared with the Pilot and the Acura MDX. Overall, the Ridgeline is philosophically different from other midsize trucks that use a body-on-frame, rear-wheel-drive based design. The first-generation Ridgeline comes powered by a 250-hp 3.5-liter V6 that was shared with the Pilot. The Ridgeline rides better and handles better than other midsize trucks and it also earns slightly better fuel economy. Inside, the Ridgeline’s interior is more refined than that of the competition as well. Towing and payload lags behind the alternatives, but only slightly, coming in at 5,000 pounds and 1,500 pounds, respectively.

Thanks to its unique construction, the Ridgeline has a few party tricks as well, including an in-bed trunk, speakers located in the bed and a tailgate that can be opened in both the traditional way, and from hinges on the side, allowing you to get closer to your cargo. There are currently around 400 2006-2014 Ridgelines listed on Autotrader for around $15k, all of which come with all-wheel drive. Find a Honda Ridgeline for sale 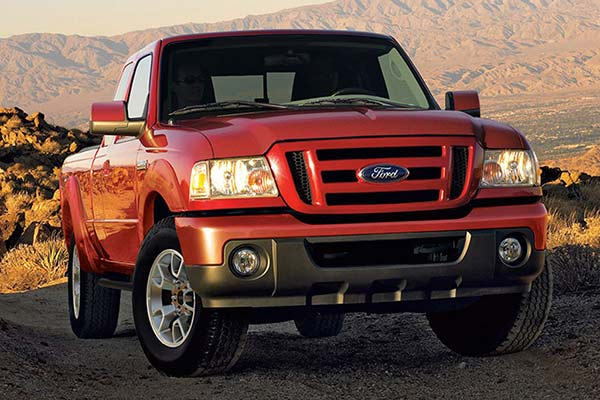 Before it was revived for the 2019 model year, the Ford Ranger was last sold new here in the United States in 2012. That model was based on a design that came out way back in 1998, and received only a few minor updates over the 15 model years for which it was on sale. The last update came for 2006, and buyers can easily find a 2006-2012 Ranger for under $15,000, as virtually ever one of them has depreciated down to this figure, or below it, evidenced by the fact that there are currently over 1,000 listed on Autotrader that would fit the bill. The Ranger was a simplistic truck, and was available in only single- and extended-cab designs — no crew cab was offered. A range of simple 4- and 6-cylinder engines were offered, the most potent of which was a 4.0-liter V6 putting out 207 hp. An off-road oriented FX4 model was available, boasting skid plates, a limited slip differential, Bilstein shock absorbers and 15-in aluminum wheels. Find a Ford Ranger for sale