In the competitive three-row midsize crossover class, how does the conservative 2021 Volvo XC90 measure up against the slick 2021 Audi Q7? Which is better?

What we would change: There’s no V6 or V8 option; physical controls for climate control, rather than touchscreen; hybrid is very expensive.

Overview: At a price significantly below some of its European competitors, the 2021 Volvo XC90 offers solid build quality, plenty of technology, sharp exterior styling, and as expected from Volvo, plenty of safety features. A three-row midsize SUV/crossover, the XC90 offers seating for seven, although to be fair, the third row is best only for kids or short trips. Optional captain’s chairs in the second row reduce capacity to six. There is technically one engine for the XC90, a 2.0-liter four-cylinder, although the base engine is turbocharged and the upgrade adds a supercharger for 316 hp and 295 lb-ft of torque, quite a lot from a four-cylinder. That upgrade engine is also good for a 5,000-pound maximum towing weight. There’s also a plug-in hybrid called the Recharge, which pairs an electric motor with this engine. The base engine is competent, although not exactly thrilling, whereas the upgrade offers plenty of power. We would not describe the XC90 as sporty, per se, but it can handle being driven aggressively.

The interior is properly Scandinavian, providing luxury without flash: elegant, yet practical. Up front is a 12.3-inch digital display and a 9-inch infotainment touchscreen below it. We like it, although we prefer physical buttons for functions such as climate control. There are several trim levels, although the names can be a bit confusing. The base engine is T5, with the upgrade engine called T6 and the hybrid known as Recharge. Trim levels are called Momentum, R-Design (sportier touches), and Inscription. The basic hybrid, though, is the Recharge Inscription Expression. Every XC90 comes very nicely equipped, with things like adaptive suspension, a 360-degree camera system, and a superlative Bowers & Wilkins audio system offered as upgrades.

What’s new for 2021: For 2021, the XC90 gets a number of technological upgrades. Full LED lights with active bending and high-pressure cleaning are now standard. Wireless charging is also standard, and the 12-volt outlet in the second row has been replaced by two USB C-ports. Parking sensors are also standard, and a programmable key is included in the base trim. Also included are name changes, with the hybrid, formerly called, T8, now called Recharge. Following that, the former Momentum T8 is now called the Recharge Inscription Expression.

Features and technology: One of Volvo’s more intriguing options for the 2021 XC90 is called Care by Volvo. It’s a subscription service ($750/month for a Momentum trim, for example) that includes insurance, maintenance, and roadside assistance. Subscribers to the service can also swap vehicles after a year. Another interesting feature, new for 2021, is called the Care Key, which allows owners to program things such as speed limits and alerts for young drivers.

Other options include an adaptive air suspension, heated seats and steering wheel, a 360-degree camera system, massaging front seats, and the B&W audio system. Inscription models get Nappa leather upholstery, although that can be changed for a tailored wool blend instead.

What does the future hold: Volvo has traditionally been a fairly conservative company, so don’t expect anything too radical. Upgrades will likely include more technology and, of course, safety features. We would like to see an optional V6 engine.

What we would change: Third row is for smaller passengers or short trips; prices are high and can climb significantly; cargo capacity lags competitors.

Overview: A luxurious and sporty SUV offering three rows of seating for seven passengers, the 2021 Audi Q7 brings a lot of firepower to the table. It has a choice of engines ranging from the base 2.0-liter turbocharged four-cylinder up to the stonking 500-hp twin-turbo V8 in the SQ7 (although to be fair, the SQ7 is in a class — and price range — by itself). Unsurprisingly, all Q7s come standard with Quattro all-wheel drive. Not surprisingly, the Q7 is beautifully appointed throughout, with woods and leather, comfortable seats, and all the trappings expected of a $55,000-plus Audi. The base engine may be a little underpowered if the Q7 is fully laden, but it’s fine otherwise, and there’s a very nice 3.3-liter V6 upgrade. The Q7 also handles extremely well, particularly impressive given its 5,000-pound weight. If there’s one knock against it, it’s that the third row is best for smaller passengers such as children, or short trips. Due to its sleek look, cargo space lags behind some competitors as well, with a mere 14.2 cubic feet of space behind the third row.

Features and technology: There are a few different variants of the 2021 Audi Q7, but three principal trim levels, from Premium and Premium Plus up to Prestige. At the top is the SQ7, but given that it starts more than $30,000 above the base Q7, one could argue that it’s in a different class, as with an M BMW or an AMG Mercedes.

What does the future hold: Over the years, the Q7 has only continued to be more refined, so if anything, expect more safety and technology features.

First off, we don’t love the base engine of either the 2021 Volvo XC90 or the Audi Q7, with both a bit underpowered under full load. With the upgrade engines, the price difference shrinks from $6,000 to less than $3,000, with the Audi providing an exquisite cabin, wonderful driving manners, and plenty of style and technology. Unless you want a hybrid or the Volvo’s maximum cargo space, we say go with the Q7. Find a Volvo XC90 for sale or Find an Audi Q7 for sale 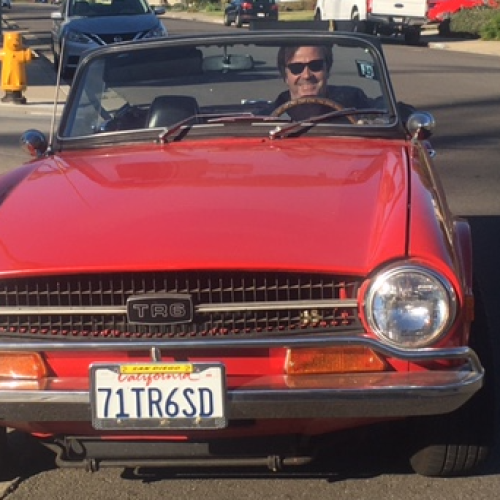 Doug Lloyd
Doug Lloyd is an author specializing in comparison tests. A veteran of the automotive press world, Doug started at Sports Car International and Vintage Motorsport magazines and has worked at both Porsche Panorama magazine and Edmunds.com. Doug is also a jazz piano player and a composer for television.

Previous article2021 BMW X2 Review
Next articleSo You Just Bought a 100 Series Toyota Land Cruiser. Here’s What to Do Next
Most Popular Articles