Video | Here’s What the Car Culture Is Like Around Anchorage, Alaska

I just got back from a long weekend in Alaska, where I drove from Anchorage to Seward and back, spending a lot of time exploring in between. It was wild, big and unlike anywhere I’d ever been before.

There’s lots to get used to when you’re in Alaska for the first time. The biggest thing is the daylight (or the darkness, if you’re crazy enough to go during the winter). In early August, it doesn’t get dark until around 10:45 pm. The mountains are also enormous and plentiful: It’s just one, after another, after another on the drive to Seward along the Kenai Peninsula — so many that you start to take them for granted. Another odd thing is the Alaska Time Zone, which is one hour behind Pacific time and isn’t shared with any other body of land in the world.

While all of this was utterly fascinating to me, I was also sure to take note of some trends in the local car scene. Here’s the lay of the land when it comes to the cars in and around Anchorage.

RVs and camper vans were everywhere along the route between Anchorage and Seward. Just about every shape, size and color were represented. Many wore European license plates and had been shipped to the U.S. by their owners, a relatively common practice that I’ve written about more in another article.

Regardless of their countries of origin, though, it makes sense that so many RVs would be in a place like Alaska. These are literal homes on wheels we’re talking about, and there’s really no better way to take in a place as big and remote as the 49th state than from behind the wheel of a vehicle that can also serve as your hotel room at the end of the day.

In addition to having no state sales tax and low registration fees, as of 2014, Alaska has a rule allowing vehicles over eight years old to be permanently registered if the owner pays $25 on top of their normal registration fee. Vehicles that are permanently registered in Alaska get a ‘Z’ sticker to be placed on the license plate in place of the traditional month and year stickers. While you kind of have to go out of your way to look for a tiny black registration sticker on a vehicle, I did manage to spot one on a second-generation Chevrolet Tahoe, pictured above.

Much to my delight, I saw an entirely new batch of weird, forgotten cars, including a number of old Subarus, VW Vanagons and Eurovans, a pair of Toyota vans, and even a Dodge Colt. Up until a few years ago, Anchorage used road salt during the winters, so you don’t see preserved metal like you do in no-salt states like Idaho and Montana — but there were still a number of vehicles that could be considered ‘survivors’, including a Fiat X/19, a Mitsubishi Mighty Max pickup and a rare Infiniti M30 convertible.

Alaska is a truly amazing place in the summer — but given the endless darkness that envelopes the state during winter, I can see how people need to keep their minds busy during the time of the year when everything comes to a standstill. I suspect that’s how the two vehicles below came to exist. 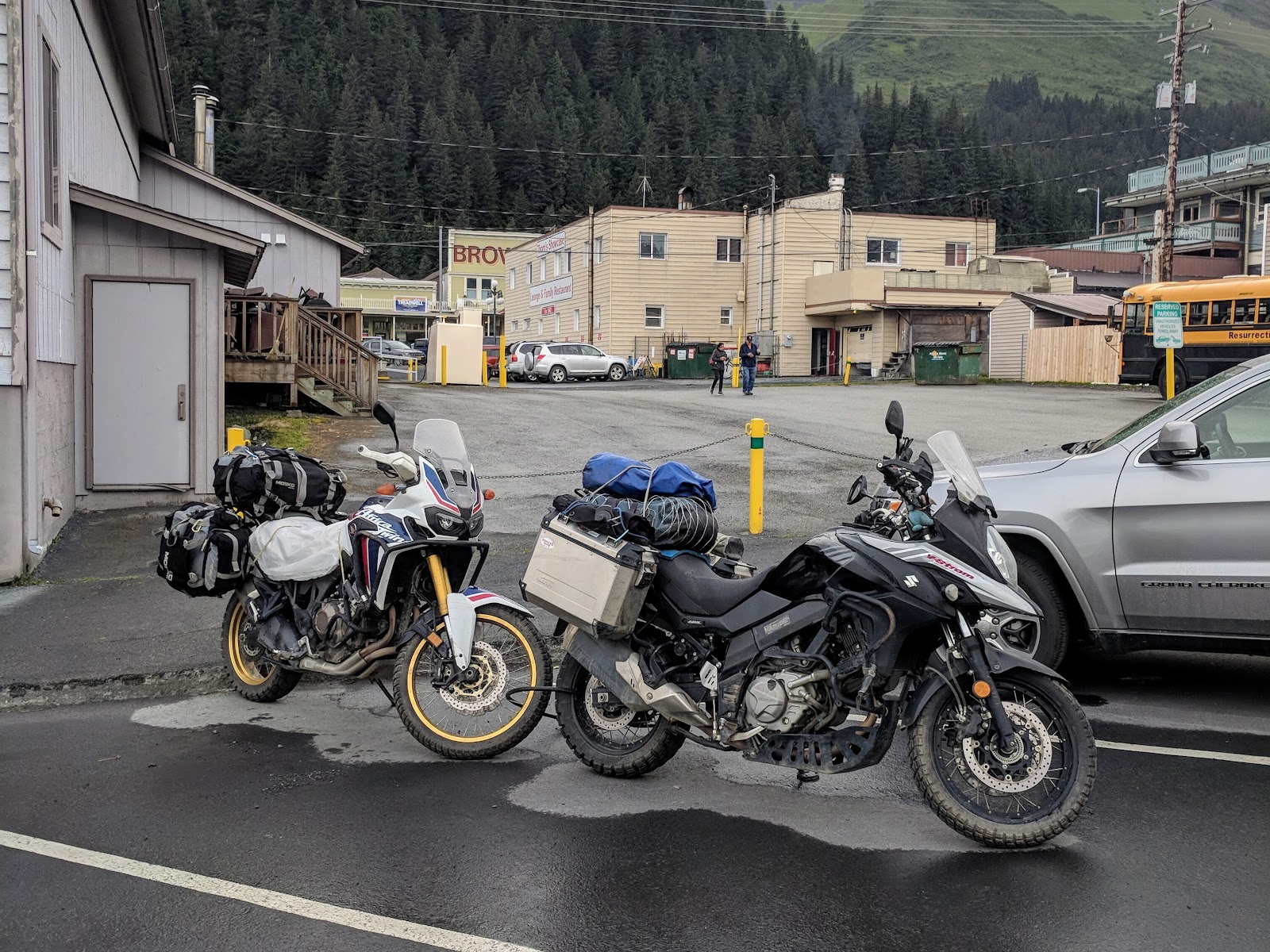 While a 4-wheeled vehicle is likely the most comfortable option for an Alaska road trip, traveling via dual sport motorcycle is also a popular choice, with many motorcyclists venturing through Anchorage on their way to ride the famed Dalton Highway all the way to its northern terminus at Prudhoe Bay in the Arctic Circle. Dual sport motorcycles are meant to travel both on- and off-road, and are typically fitted with saddlebags and other storage solutions for long-distance overland travel.

Something you can’t help but notice from anywhere in the city of Anchorage is the cargo planes. While Ted Stevens Anchorage International Airport doesn’t see a ton of passenger traffic, the airport serves as the fourth largest cargo hub in the world (after Hong Kong, Memphis and Shanghai) thanks to the city’s strategic location on the planet. As a result, huge, massive cargo planes are constantly flying overhead, taking off for and landing from places like Shanghai, Halifax, Taipei, Louisville, Seoul, Osaka and more, with the booming sounds of their engines reverberating through downtown. This is surreal, as I’ve never seen or heard anything like it before.

Chris O’Neill grew up in the Rust Belt and now lives in Salt Lake City, Utah. He worked in the auto industry for a while, helping Germans design cars for Americans. On Instagram, he is the @MountainWestCarSpotter.