The 1994-1996 Chevrolet Impala SS will go down in history as one of Chevrolet’s finest muscle cars. Chevrolet introduced the Impala SS concept in 1993 at the Detroit Auto Show. The car was dressed up in black paint and flashy wheels and featured a 300-horsepower LT1 engine. The concept was the brainchild of Jon Moss, the manager of General Motors’ Specialty Vehicle Group, and was such a hit that it went into production for the 1994 model year. It helped spawn the muscle-car sedan movement that later brought back other legendary nameplates such as the Mercury Marauder and Dodge Charger.

The 1994-1996 Chevrolet Impala SS had some pretty big shoes to fill. Its predecessors came equipped with big-block hp, handsome styling and plenty of goodies that a classy muscle car should have. This time around, the Impala’s big-block powerplant was no longer there. It was replaced by a 260-hp LT1 V8 with sequential-port fuel injection, coupled to a 4L60-E 4-speed automatic. Torque was rated at 330 lb-ft at 3,200 rpm. Purists screamed for a manual transmission option. It didn’t happen.

Not to worry, however — this 4,200-lb cruiser can still run with the big dogs. Car and Driver flogged the Impala SS for their June 1994 issue, going from zero to 60 miles per hour in 6.5 seconds and going a quarter-mile in 15 seconds at 92 mph — not too shabby for such a heavy car. If you think that’s impressive, check this out: When going from 0 to 60 mph, the Impala SS is almost a half-second faster than the BMW 540i. It’s also slightly quicker in the quarter-mile race. It’s also worth mentioning that, when new, the SS costs half as much as that BMW. Also, when compared to the 1961 Impala SS, the 1994 model is a half-second faster when going from zero to 60 mph and can distance the quarter-mile equally as fast. No wonder this car moved off the sales floor as quickly as it moved down the highway.

When introduced in 1994, the Impala SS came in any color you wanted — as long as it was black. Saying the SS wore enough black paint to make Johnny Cash proud is an understatement. Looking somewhat like a modern day Batmobile, the monochromatic exterior was devoid of a flashy trim or chrome. Even the grille, taillight surrounds and rocker panels were decked out in black. For the 1995 and 1996 model years, Dark Cherry Metallic and Dark Green-Gray Metallic were added to the color palette.

Inside, the Impala SS features deeply contoured front bucket seats, a leather-wrapped steering wheel and full instrumentation. Amenities such as power windows and seats, a tilt steering wheel and an AM/FM and cassette sound system round out the goodies included with this performance sedan. In 1996, the column shifter was ditched in favor of a floor shifter, and a new analog instrument cluster featured a 160-mph speedometer and tachometer to replace the digital unit.

It goes without saying that great looks and features mean nothing if the car can’t perform. Chevrolet gave the Impala SS an arsenal of equipment designed to help the car hug the road, including specially tuned de Carbon shocks and coil springs on each wheel, along with a special ride-and-handling suspension that helps keep the car firmly planted on those winding country back roads. Quick-ratio power steering and a limited-slip differential keep the driver in control when road conditions turn nasty. Large-diameter disc brakes and a 4-wheel anti-lock braking system bring the SS to a halt when the ride is over. Just like its predecessors, the SS is a car that has plenty of road manners, but when it’s provoked, it can get down to business.

One thing is for sure: The 1994-1996 Impala SS is a car that has retained its value over the years. A quick scan of listings online reveals prices close to sticker and above for low-mileage examples. If you’re willing to settle for a car with a few nicks and scratches, as well as some miles racked up on the odometer, you can get one for around $10,000. That price is fairly reasonable for a V8 performance car.

After a successful 3-year run, General Motors pulled the plug on the Impala SS and the entire B-body line on December 13, 1996. The plant that produced the SS was needed for SUV and truck assembly. M.G. Randall, a Chevy collector from Michigan, bought the last SS and drove it off the line that day. It took 18 years for Chevrolet to create another rear-wheel-drive performance sedan. Simply called the SS, this performance sedan is a worthy successor to the SS name and reputation. 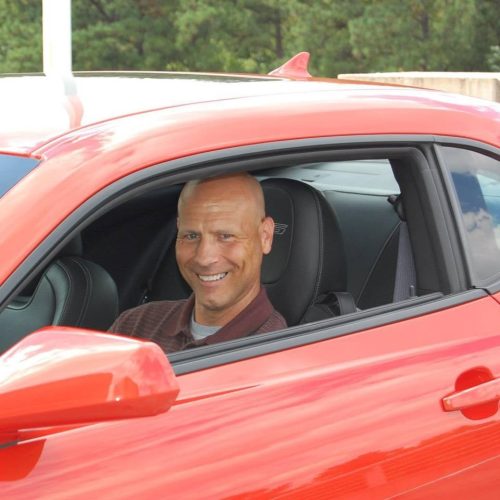 What Does It Mean to Finance a Car?