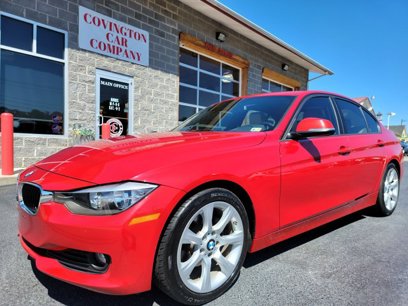 The big news for the 3 Series this year starts with the introduction of a long-awaited wagon version known as the Sports Wagon (it was announced for 2013 but never showed up on our shores). There's also a new fuel-efficient 328d turbodiesel model, and 2014 marks the first full year for the attractively priced 320i sedan. Additionally, the 3 Series coupe and convertible are no more; look for their replacements -- the 4 Series line -- later in the 2014 model year.

The new turbodiesel 328d seems to be getting all the press, but our money's still on the gas-powered 328i for its seductive mix of quick acceleration (significantly quicker than the 328d), frugal fuel economy and relative affordability. Find a BMW 3 Series for sale

The 328i ($37,775) and similar 328d (pricing TBA) are generally equipped like the 320i but add perks such as an auto-dimming rearview mirror and power seats with driver memory functions.

The 335i ($44,075) is mostly about the powerful inline 6-cylinder engine, but it also gets nice feature upgrades relative to the 328i sedan, including 18-in wheels, adaptive xenon headlights and a sunroof.

The Active Hybrid 3 ($50,575) includes the 335i's extras and adds that fancy hybrid power system, an 8.8-in iDrive screen and various hybrid-specific gauges and readouts.

Most 3 Series models can be customized with one of three trim packages: Sport Line, Modern Line and Luxury Line. These are comprehensive appearance packages (the Sport also has a lowered sport suspension) that offer unique wheels and interior decor. There's also an M Sport package that adds Shadowline exterior trim, a sport suspension, an M steering wheel, sport seats, a short-shifter kit (manual transmission only) and extensive M badging inside and out.

In typical BMW fashion, the options list is extensive and expensive. The Premium Package varies by model but adds power lumbar support and keyless entry/ignition with a nifty foot-activated trunk-opening feature. The Cold Weather Package brings a heated steering wheel, and heated front and rear seats. Standalone options are limited on the 320i but seemingly limitless on the rest, highlighted by dynamic cruise control, a self-parking system, a Harman Kardon audio system, a navigation system and the larger 8.8-in iDrive display (standard on ActiveHybrid 3). All 3 Series are eligible for the BMW Apps program, which leverages your iPhone to bring social media into the driving experience.

Trunk space in the sedan is a respectable 13 cu ft (figure a few cu ft less with the ActiveHybrid due to its trunk-mounted battery pack), while the wagon can haul up to 64.9 cu ft of cargo -- that's crossover SUV territory.

The current 3 Series received a perfect five stars overall in government crash testing, including four stars for frontal impacts and five stars for side impacts. The independent Insurance Institute for Highway Safety gave the 3 Series its top Good rating in all categories save for the new Small Front Overlap test, in which the 3 Series garnered the second-worst Marginal rating.

Audi A4 - The A4 is one of the oldest cars in this segment, but it continues to satisfy with its nimble handling and upscale interior vibe. If you're looking at the high-performance 335i, check out Audi's rival S4 sport sedan.

Lexus IS - Completely redesigned for 2014, the IS features bold styling, athletic handling and a much-improved interior. It's a contender.

Mercedes-Benz C-Class - The C-Class is another old timer, recent rejuvenation notwithstanding, but it's got Mercedes' trademark sense of solidity. Still a must-drive in this segment.

Find Used BMW 320i Cars for Sale by Year