Studded Tires: Who Needs Them

Your car’s ability to grip the road directly impacts your safety when driving. The laws of physics say that two objects cannot occupy the same space at the same time. Drivers can primarily be relied upon not to try to. But, when cars lose their grip on the road, drivers lose control of the vehicles. Then, all bets are off as to what they’ll hit.

Tires grip a dry road with a smooth rubber surface. However, our cars don’t always stick to dry roads. For example, ice and snow, even on a well-paved surface, can make traction unreliable. Furthermore, not all roads are well-paved. Rural roads of dirt or crumbling asphalt can be even more challenging in winter.

So, for the worst weather conditions, there are studded tires. Studded tires were once common in northern states. As both tire technology and the state of American roads has improved, they have grown less necessary.

There are still circumstances where studded tires may make driving much safer. Studded tires are not legal everywhere, and traditional studless winter tires are often a better choice (see our Snow Tires Guide for details).

In some circumstances, studded tires can confer a safety advantage. But they have limited applications and can offer less traction than studless tires in common driving conditions.

This guide will explain the pros and cons of studded tires and help you decide whether you might need them.

For a quick reference, find the answers to these common studded tire questions here plus a full list of state laws:

RELATED: Snow Tires Guide: All You Need to Know

What are Studded Tires?

Studded tires are to cars what cleats are to running shoes. They have small protrusions that dig into snow or ice to help a tire grip. Some tires have studs made from harder material than the tire, such as hard plastic or metal. In more modern studded tires, manufacturers form studs from tungsten carbide.

The studs are a permanent feature of regular studded tires, and their studs are not removable.

These studs are pretty small – generally protruding about 1/32 of an inch from the tire tread. With the car’s weight bearing down, they claw into ice and snow to provide extra traction as the wheel rotates.

What are Studdable Tires?

The term “studdable” signifies a middle step between studless winter tires and studded tires. To clarify, they have pre-drilled, threaded holes in their tread, designed to accept studs that drivers can add or remove as needed. Adding studs to studdable tires is time-consuming, as drivers must screw up to 120 separate studs into each tire. But they give drivers maximum flexibility to adapt to changing winter weather without an expensive trip to the tire shop to mount a new set of tires every time a change is needed.

To further explain, manufacturers make studdable tires with varying tread depths, so when you buy a set, you must purchase a matching set of studs that are designed to match.

How Do Studded Tires Work?

The studs in studded tires (or those added to studdable tires) break layers of ice on road surfaces and grip into the heavy snowpack.

But what exactly do studs look like? To clarify, studs generally have a large-diameter cylindrical root extending into the tire tread and a narrower, hard pin extending out of the tire that grips into ice and snow.

Aided by the car’s weight, they penetrate ice and snow as the tire rotates to grip in ways that studless tires can’t.

However, just as they pierce ice and snow, tire studs can pierce the roadway. They are illegal in many states and legal in only certain times of year or regions of others because of their damage to road surfaces.

Where Do Studded Tires Work?

Studded tires are most effective on unplowed roads and unpaved surfaces. Similarly, drivers that spend a lot of time on rural roads find them useful.

However, drivers who spend most of their time on well-maintained highways or paved urban streets can rob themselves of traction by using studded tires.

The idea of using studded wheels for winter road-gripping predates the automobile. Some horse-drawn carriages in northern climates used studded wheels before the invention of the modern tire.

Inventors were experimenting with studded tires as far back as when cars became practical. For example, an article from a 1908 edition of the United Kingdom’s “Autocar,” the world’s first car publication, speculated whether towns would ban them to protect road surfaces.

As a mass-produced consumer product, Studded tires first appeared in Scandinavian countries in the late 1950s and came to the United States in the 1960s. They came to prominence in America, though, in the 1970s.

But the use of studded tires has faded as several other technologies have spread and improved. American roads have steadily improved in quality, and rural roads are far more likely to be adequately paved today than in the heyday of studded tires.

Additionally, ice plowing has also expanded to more streets and is no longer limited to highways.

Some form of studded tires is still the best solution in bad weather conditions. They grab substantially better on snow and ice than the all-season tires most cars wear when leaving the factory. They also grip better than studless winter tires on uneven or unpaved surfaces. Additionally, studless winter tires are not able to drive safely on unpaved dirt roads covered in snow. However, studded tires will.

Most importantly, studded tires are exceptionally safe in descending icy mountain passages. The studs dig into ice and snow and can keep a vehicle from sliding.

In slushy or mixed conditions, any advantage conferred by the studs is minimal.

The truth is that studded tires damage paved surfaces. Many jurisdictions ban their use to protect road surfaces. These types of tires will carve ruts into roads where water will pool and freeze.

Finally, studded tires can be noisy.

Some states ban studded tires entirely because of the damage they can do to roadways. For example, certain states allow them only during specific dates or on certain types of roads or vehicles.

At all times, the following states allow tires with studs in them.

The list of states below ban studded tires year-round for all drivers.

In 33 states, most drivers are allowed to use studded tires only during specific dates. Two states – Alaska and Maryland – restrict their use to certain counties or latitudes. Several states allow rural mail carriers, emergency vehicles, or those with disabilities who live in remote areas to use them.

Alabama, Georgia, and New Mexico allow studded tires when snow and ice require them, so drivers who install them must be prepared to encounter a law enforcement officer who disagrees.

Are Studded Winter Tires Right for You?

Whether studded tires make sense for you depends on where you live and the driving that you do. In most circumstances, studded tires are not necessary and may cause more problems than they solve.

On the other hand, if you live in an area with frequent ice or heavy snow, do much of your driving on rural or unplowed roads, and live in a place where they are permitted, studded tires may be worth the tradeoffs in cost and hassle.

Studless winter tires are a better choice, for example, if most of your driving takes place on paved, plowed roads.

Can You Install Tire Studs to Any Tire?

The clear answer is no. Studs can only be added to studdable tires manufactured with pre-drilled holes to accept studs.

How Are Winter Tire Studs Installed?

First, many studded tires are sold with studs permanently installed. Secondly, other studs can be installed on studded tires at home, but it is a time-consuming process. In most cases, tire shops will install studs for a fee, and their technicians are generally faster than car owners at completing the job.

Only in limited conditions. On unpaved or unplowed roads in heavy winter, studded tires provide an added layer of safety. On paved, plowed roads, they can provide less traction than studless winter tires.

Can You Remove Studs From Tires?

You can remove the studs from studdable tires with common household tools. But remember, removing up to 120 studs from each tire can take hours.

The laws affecting studded tires differ from state to state. For instance, many states permit them only during certain dates or for a limited set of roads. 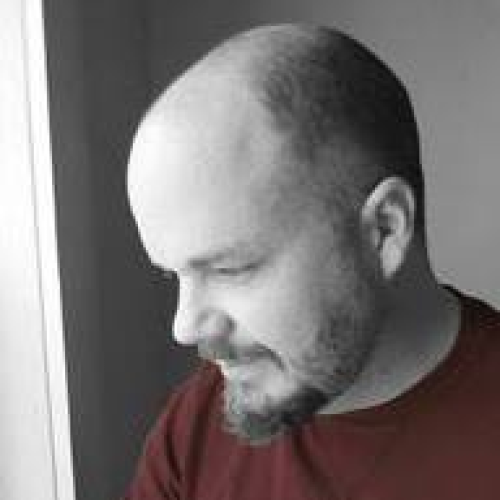 Previous articleEntry-Level 2022 Honda Ridgeline to Cost $400 More Than Last Year
Next articleWhat is Rear-Wheel Drive in Cars?
Most Popular Articles

Ways to Get Better Gas Mileage Out of Your Car

Do I Have to Pay to Charge My Electric Car?

How Long Do Tires Last?

How to Put Air in Tires