The average price of a new car is now hovering at around $40,000. For anyone with an itch for a fun car, this presents a unique opportunity — buy something new, or spend that $40K on something used and fun. On that note, this list of the 10 Best Used Luxury Sports Cars under $40,000 should get the gears turning.

An exotic super sports car for less than $40,000? Yes, it’s true, though you’ll need to roll back the clock a bit, too, as the 2009 Aston Martin V8 Vantage is the newest example that slides in below our price cut-off. Even when new, however, the V8 Vantage was about the luxury of the cabin, the experience of the drive, and the thrill of the engine — so don’t worry about a lack of modern tech niceties. The 2009 V8 Vantage was the first to upgrade to the 420-horsepower, 4.7-liter V8 found in later models, although the 380-hp 4.3-liter V8 in earlier Vantage models is still raucous fun in its own right. See Aston Martin V8 Vantage Models for sale

With iconic Bauhaus-inspired design, Audi’s finesse for styling and materials, and all the motorsports-derived performance the Quattro division can muster, the 2013 Audi TT RS is a pocket-sized alternative to the R8 supercar. Packing a 2.5-liter turbocharged inline 5-cylinder — nearly half the displacement of an R8’s V10 — rated for 360 hp and 343 lb-ft of torque, the 2013 TT RS was sold only with a 6-speed manual transmission and standard all-wheel drive. See Audi TT models for sale

The BMW M3 is a 4-door super-sports sedan that packs at least as much luxury as the next car on this list but adds a seriously potent 425-hp version of BMW’s 3.0-liter turbocharged inline 6-cylinder that can scoot the M3 to 60 mph in 4.3 seconds. The M3 also has a firm and fully sorted suspension ready to attack every apex, standard rear-wheel drive, and a choice of 6-speed manual or 7-speed dual-clutch automatic transmissions. See BMW M3 models for sale

The 2016 BMW Z4 takes sporty roadsters into the more modern era, although it’s technically a generation old now, with the current third-generation Z4 making its debut in 2020. Still, the 2016 Z4’s top-end sDrive35is model scores a 335-hp turbocharged 3.0-liter inline 6-cylinder paired with a 7-speed dual-clutch automatic and rear-wheel drive. That’s a potent, high-tech recipe for old-school fun. Oh, and it comes with a retractable hardtop that lets you swap open-air cruising for coupe-like comfort and security. See BMW Z4 models for sale

These British and German cars are neat, but where’s the American stuff? Right here, in the form of the giant slayer, the 2016 Chevrolet Corvette. Like any front-engine Corvette, there’s an air of the underdog when parked beside its often more expensive (and admittedly more luxurious) Old World counterparts, but who doesn’t love rooting for the underdog? And anyway, in reality, it’s the Europeans who should be worried; the Corvette’s least powerful drivetrain features a 455-hp 6.2-liter V8 and a choice of 7-speed manual or 8-speed automatic transmission. See Chevrolet Corvette models for sale

Still very nearly a brand-new car, the 2021 Ford Mustang GT undoubtedly ticks the sports car box but is it luxurious? It can be when properly configured — or at least it can feature plenty of leather and some attractive design. With a 460-hp 5.0-liter V8 under the hood and a choice of rev-matching 6-speed manual or 10-speed automatic, the Mustang GT is the sportiest choice within our price bracket. You might find the 310-hp 2.3-liter turbocharged 4-cylinder Mustang to be plenty sporty and likely a fair bit less expensive. See Ford Mustang models for sale

Striking a balance between the Mustang’s newness and the Aston Martin’s exotic nature, some have called the 2017 Jaguar F-Type a British Corvette or a British Mustang. While neither comparison is wrong, neither tells the whole story either. The star of the F-Type’s show, in both coupe and convertible form, is its selection of strong, loud engines, all supercharged. While the V8 F-Types are unhinged in both power and sound output, even the V6 F-Types, including the base and S models, produce satisfyingly violent sounds and a minimum of 340 hp. Driving enthusiasts will want a V6 F-Type anyway, as they’re the only ones offered with rear-wheel drive; V8 models are AWD-only. See Jaguar F-Type models for sale

If you’re talking about luxurious sports cars, you’d be remiss to leave out Maserati. The visual design reflects undeniable passion, as do the beautiful sounds of its nearly-a-Ferrari 4.7-liter V8 engine rated for 444 hp in base form, or 454 hp for the Sport and MC models. Rear-drive only, with a 6-speed automatic transmission, the GranTurismo skews toward the luxurious grand touring end of this list’s spectrum. See Maserati GranTurismo models for sale

Can’t decide between a coupe and a convertible? Don’t want to? Great! Here’s the 2017 Mercedes-Benz SLC 43 AMG. Replacing the former SLK, the SLC was Mercedes-Benz’s little brother to the SL. The AMG variant put serious pep in the luxurious convertible’s step thanks to its 3.0-liter twin-turbocharged V6. This engine is good for 362 hp and a 0-60 mph time of just 4.6 seconds. A 9-speed automatic transmission drives the SLC 43 AMG’s rear wheels. See Mercedes-Benz SLC models for sale

The only mid-engine model of the bunch, the 2015 Porsche Boxster is sure to deliver the purest driving experience, even in 265-hp, 2.7-liter 6-cylinder base form, which is the model you’re most likely to find within the $40,000 boundary. Rear-wheel drive and a choice of 6-speed manual or 7-speed PDK dual-clutch transmission keep the driver fully involved while reeling off 0-60 mph runs in 5.5 seconds. And again, that’s in the base car. Considering the mid-engine layout, relatively light curb weight, and Porsche-tuned suspension and steering, the Boxster is sure to reward drivers eager to hone their craft. See Porsche Boxster models for sale 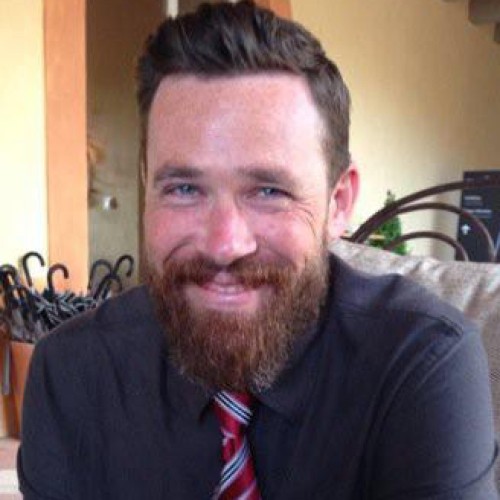 Nelson Ireson
Nelson Ireson is an automotive writer and enthusiast whose 15-plus years of experience have seen him travel the globe, driving as many new cars as possible. His work has appeared throughout the print and online automotive world, including Car and Driver, Autoblog, and Motor Authority, among others. He writes for Autotrader from Long Beach, California.