Among all the concepts Jeep introduced at the 2019 Moab Easter Jeep Safari, none garnered more hype than the Jeep J6, a 2-door interpretation of the all-new Gladiator. As soon as the long-awaited Wrangler-based Gladiator pickup was revealed to be exclusively a crew-cab, short-bed affair, the comment section on every online Gladiator article began to fill up with enthusiasts’ pleas for a single cab variant. While a production version is unlikely, Jeep’s decision to include the J6 as one of this year’s six concepts revealed at the 53rd Easter Jeep Safari only serves to stoke the flames.

So what’s under the surface of the J6? Though it looks like a shortened Gladiator, it’s actually built upon a modified Wrangler Unlimited platform, and the two vehicles share a wheelbase — meaning that the J6 has a much more favorable breakover angle than the Gladiator.

From the seats forward, the J6’s interior is identical to that of a regular Wrangler or Gladiator, although Jeep integrated the heritage-inspired blue exterior color into the dashboard and seat stitching. Jeep also went to the trouble of replacing the center medallion on the steering wheel with a proper retro design to match the badging on the outside.

As far as cabin space goes, the J6 offered virtually no room behind its two seats, although the Jeep design team was quick to point out that they hadn’t altered the seat rails from the Wrangler Unlimited donor vehicle in any way, meaning that the J6’s seats have just as much fore and aft movement as they do in the Wrangler Unlimited. So if you fit in a Wrangler, you’d fit in the J6. Behind the seats, Jeep had installed some netted storage pockets, while the J6’s rear window looked to have been plucked directly from the Gladiator. Jeep said that the J6’s top was fully removable, but we never got a glimpse of the vehicle in convertible mode.

Like a couple of the other concepts on display, the J6 came fitted with a 2-in Jeep Performance Parts lift kit making way for 37-in mud-terrain tires. In the bed was a custom roll bar and spare tire carrier.

Prototype 17-in beadlock wheels along with a purpose-built bull bar and rock rail extensions were added as well, along with a total of 10 front-facing auxiliary lights and two rear-facing, which were pointed down to illuminate the bed.

Speaking of the bed, the J6’s 6-foot box was actually made of three Gladiator donor beds that were cut up and welded together to form what you see here. The rectangular fuel filler door was even custom made specifically for the J6’s longer bed, as the door found on the Gladiator includes an angled notch to account for the rear fender. A prototype body-colored spray-in bedliner served to give the whole thing a clean, cohesive look.

As for a production version of the Jeep J6, don’t get your hopes up. A product like the Gladiator will likely carry on for around a decade or so without a major redesign. In these early years, Jeep’s main priority is almost definitely to recuperate as much of the vehicle’s development costs as possible, and this means prioritizing sales of bread and butter configurations like the 4-door short bed. If there is to be a single-cab Gladiator, we likely won’t see it for a few years until Jeep’s massive development costs for the standard Gladiator have nearly been paid off, and even then, chances are slim that we’ll ever see something like the J6 on dealer lots.

Given the single-cab Gladiator’s limited appeal, it’s an inherently riskier product, and it would almost certainly need to be tailored to what would primarily be an enthusiast customer base, as opposed to the relatively mainstream customers buying the 4-door Gladiator. Even then, the cost of developing a unique body style pickup like the J6 for production may still be too high compared to the money that could be made from selling one — and if Jeep were to launch a production version, it would likely need to charge a steep premium on each unit sold in order to help to offset some of these costs. Suffice to say, be thankful we’ve got the J6 concept to look at, because we’ll likely never see anything like it on the road. Find a Jeep for sale 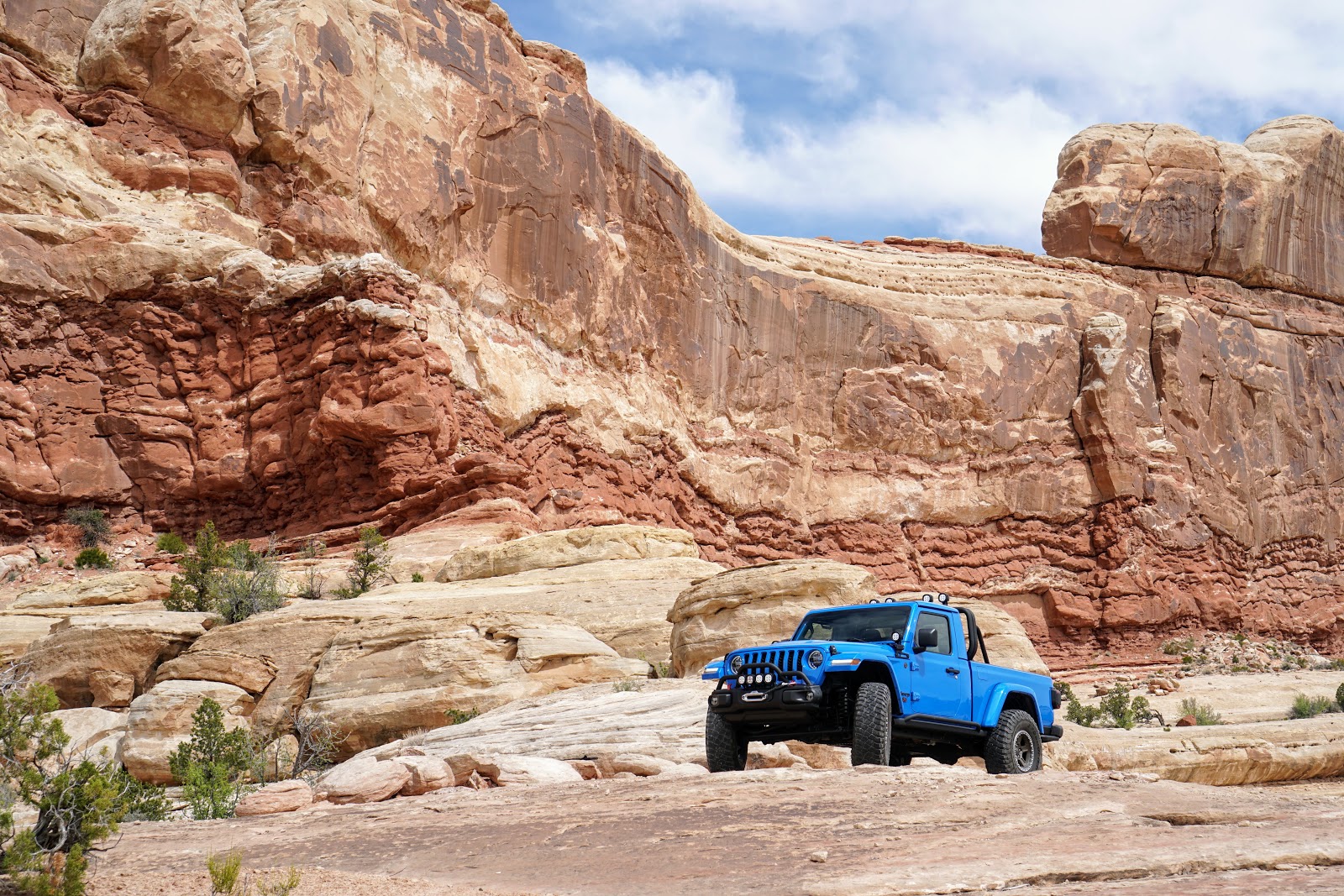 MORE FROM OVERSTEER:
Video | The 1996 Ford Bronco Is How SUVs Used to Be
Video | Here’s Why the Mini Clubvan Is One of the Rarest Cars Ever
Autotrader Find: 2018 Bugatti Chiron for $3.5 Million

Chris O'Neill
Chris O'Neill is an author specializing in competitive analysis, consumer recommendations, and adventure-driven enthusiast content. A lifelong car enthusiast, he worked in the auto industry for a bit, helping Germans design cars for Americans, and now lives in Salt Lake City, Utah. He runs an Instagram account, @MountainWestCarSpotter, which in his own words is "actually pretty good", and has a... Read More

These are the best deals on trucks for the month of June.
Read more

According to data gathered by Cox Automotive, the average transaction price of a minivan was  $43,033 last month.
Read more

The average list price of a used car ballooned to over $25,000 last month for the first time.
Read more

A partnership between Cox Automotive -- the parent company of Autotrader -- and Penske Automotive Group may change used-car shopping.
Read more