The 2021 Honda Ridgeline struts into the new year wearing a fresh new style and minor option upgrades. The Ridgeline has long been the right midsize truck for those that want the usefulness of a pickup mixed with the driving ease of Honda’s own Pilot crossover SUV. Turns out, there’s a sizable chunk of pickup truck buyers that don’t need to tow a massive trailer, conquer an off-road trail or haul a bedful of granite on a regular schedule.

Ridgeline folks require less capability. And because these trucks are built on a unitized body and frame construction instead of a separate frame with a body mounted on top like a typical pickup, the Ridgeline has driving dynamics that are closer to a car. That rewards everyone on board with more comfort. And yet, the Ridgeline can still handle a 1,400-pound payload.

Drawbacks? Well, the Ridgeline has less ground clearance than many 4X4 trucks, and it doesn’t offer a low range for crawling off-road. The Ridgeline also has a towing capacity capped at 5,000 pounds when other midsize trucks can move upwards of 7,000 pounds.

But Honda’s sharp engineers have built-in many smart and useful features that just aren’t available on other trucks, like the giant under-bed storage trunk and a tailgate that not only lowers like a normal pickup but swings out like a door.

The refreshed Ridgeline doesn’t add any more capability to the mix, but the chiseled new look and other refinements are welcome enhancements to a truck we enjoy for both driving daily and real work too. Find a 2021 Honda Ridgeline for sale

A 2021 Ridgeline will be easy to spot thanks to its new upright grille and hood, as well as the more sculpted front fenders. It’s a look that harkens back to the blunt nose and angled headlights of the very first Ridgeline back in 2006. Although the Ridgeline looks more butch, the new front bumper has side vents to route air more efficiently, which, according to Honda, helps make the truck more aerodynamic. We particularly like the standard skid plate that rides under that bumper. The new look is a big improvement and puts some real distance between the Ridgeline and the rest of Honda’s truck lineup.

Although there aren’t any changes mechanically, Honda has made all-wheel drive standard. And that further separates Honda’s truck from the rest of the midsize pack.

The stance of the 2021 Ridgeline looks more planted and secure, and that’s no illusion. Honda says they’ve increased the track width by using new 18-inch wheels with less backspacing.

Those that want an even more personalized look for their 2021 Ridgeline can order the new Honda Performance Development (HPD) package on any trim level. The grouping of parts includes a new grille, black fender flares, HPD graphics, and some very distinctive and cool bronze wheels. But the package is more than just appearance. Honda adds a protective film to vulnerable areas like the Ridgeline’s nose, door edges, sills, and handles. The package also includes roof rails and running boards as well. The bed receives a tonneau cover on top, dividers, and a cargo net inside, as well as a first aid kit.

On the inside, there are new standard satin silver accents on the instrument panel, steering wheel, and center console. The seats of every Ridgeline receive new contrast stitching, and the Sport models have new cloth inserts.

But the biggest improvements come in the infotainment system, which has been redesigned to be easier to use. And like other new Honda vehicles, the Ridgeline once again receives a volume knob replacing a touchscreen slider that was tricky to use. A wireless charging pad for your smartphone also has been made standard.

Every Ridgeline comes with a potent 280-horsepower 3.5-liter V6 with 262 lb-ft of torque paired to a 9-speed automatic. Honda’s clever i-VTM4 all-wheel-drive system (AWD) is standard.

The Ridgeline’s carlike construction helps it to achieve good fuel economy. According to the U.S. Environmental Protection Agency (EPA), the 2021 Honda Ridgeline is rated at 18 miles per gallon in the city/24 mpg on the highway/21 mpg combined.

The Sport ($36,490) model comes with all-wheel drive, which has a snow mode and specialized off-road settings for mud and sand. Important Ridgeline features like the swing-out and flip-down tailgate, lockable bed trunk, and 60/40 rear seat with storage beneath come standard here, as does the Display Audio infotainment system with integrated Apple CarPlay and Android Auto. There’s also tri-zone climate control, push-button start, and the Honda Sensing suite of safety features.

The RTL ($39,470) has a chrome strip atop the grille. This trim features a 10-way power driver’s seat, 4-way power passenger seat, heated seats and mirrors, leather interior, and a power-operated rear window.

The Black Edition ($43,920) is the top of the Ridgeline range and features all the RTL-E equipment but blacks out all the exterior trim on the vehicle and adds unique interior trim plus exclusive red LED interior lighting.

Four other post-production packages will also be available for the Ridgeline including: Utility $1,465, Function $270 and Function+ ($1,315).

Previous models of the Honda Ridgeline have been awarded five stars for front, side, and overall crash safety from the National Highway Traffic Safety Administration (NHTSA). In addition, the Insurance Institute for Highway Safety (IIHS) has awarded the Ridgeline a Top Safety Pick Award. Those are solid safety accolades and better performance than quite a few midsize trucks.

Slide into the Ridgeline, and it’s clear this is not your typical pickup. It’s much lower and easier to enter and exit than most trucks, and the seating position is just like that of Honda’s Pilot. In other words, the Ridgeline avoids that perched-way-up-high feeling most trucks offer. And yet, there’s still an excellent view of the road ahead. The Ridgeline offers an overflow of storage spots everywhere. The Ridgeline’s door alone should be copied by every other truck maker for its smart use of space.

Those large rear doors (which open wide) offer exceptional rear access. The rear seating position is higher, theater-style, and the Ridgeline has generous rear-seat accommodations compared to most midsize pickups. Any adult could sit back there for long road trips in perfect comfort. The generously sized door-mounted cupholders are excellent.

Speaking of comfort, the Ridgeline is a smooth rider. Its supple four-wheel independent suspension soaks up potholes and pavement ripples better than a traditional pickup, and it also delivers better handling precision on a curvy road or around town.

The Ridgeline’s 280 horsepower V6 provides robust acceleration when the driver asks for it with a throaty growl. And unlike many midsize trucks, the Ridgeline has a Sport mode for the 9-speed transmission, which really sharpens the experience.  Driven at sensible speeds around town, the engine is unobtrusive the smart transmission serves up the torque smoothly.

Oh, and the all-wheel-drive system, which can send 70 percent of the power to the rear wheels, does its work without any driver involvement. In a pinch, we even scrambled up a rutted dirt 2-track loaded with a bed of gear. The Ridgeline’s suspension didn’t bottom out, and we never lost traction.

At Honda’s proving ground in the California desert, we had a chance to sample the Ridgeline on a road course made of deep sand. In Normal mode, the AWD Ridgeline did just fine, but sometimes we could sense the traction control kick in a little too aggressively, causing the engine to bog a bit.

In Sand mode, the difference was immediate. Sand mode switches off the traction control, so the Ridgeline engine was better able to find good power at high rpm, which meant this Honda pickup truck was far better at moving with confidence through the soft stuff.

After a few days behind the wheel of the 2021 Honda Ridgeline, it’s easy to forget you’re driving a pickup truck. It drives no differently than a typical crossover SUV. And that’s no bad thing.

2021 Ford Ranger – The Ranger is a solid midsize truck with the highest maximum payload capability in the class. Ford makes standard one very sweet turbocharged engine for surprisingly sporty acceleration. And there’s a new Tremor off-road package this year that adds more breadth to the Ranger line.

2021 Chevrolet Colorado – The Colorado is one of only two midsizers that offers a diesel. The Colorado also has one of the best gas V6 powertrains around and offers best-in-class towing ability. For off-road adventures, the ZR2 is one of the most capable factory 4X4s on the market.

2021 Jeep Gladiator – The Ridgeline and Gladiator are polar opposites. The Ridgeline offers car-like driving dynamics on the road with mild off-road capabilities. The Gladiator, on the other hand, has truck-like handling on the road, but is an absolute mountain goat on the trail. The Jeep is the clear off-road leader in the class. Just make sure that’s your priority.

2021 Toyota Tacoma – The Tacoma is one of the most rugged midsize trucks, with legendary durability and excellent reliability. Its off-road capability is equally impressive. Some find the seating position and interior comfort to be a step behind the competition, and the Tacoma’s chassis has roots that date back 15 years. Still, this is the benchmark midsize truck for many.

Used Honda Ridgeline – The Ridgeline was new back in 2017, so many trucks are coming off-lease and hitting the used truck market. Honda has made several updates to the Ridgeline since launch, including the standardization of safety tech, a standard nine-speed automatic, and new wider-opening rear doors. But the basic bones of the Ridgeline are the same, so the overall performance should be similar to a new truck.

The design update for the 2021 Ridgeline gives the truck the tougher, more aggressive look it deserves. But under that skin, the Honda is still a sweetheart to drive daily. Our pick? The Sport. It’s comfortable and affordable, with an appealing blend of safety and technology. Of course, we might be tempted to add the HPD package, too—there’s something very cool about those bronze-tinted wheels. Find a 2021 Honda Ridgeline for sale 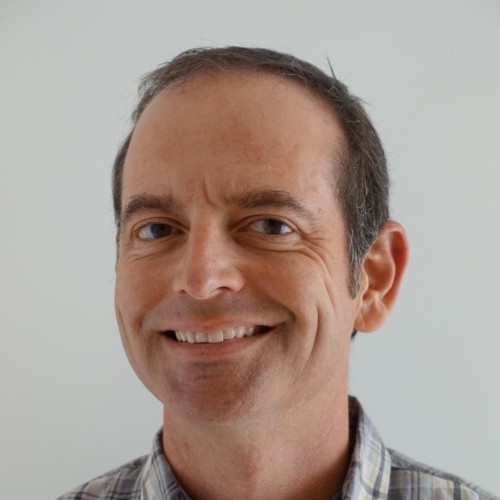 Previous articleBuying a Used Honda Pilot: Everything You Need to Know
Next article2021 Volvo XC90 vs. 2020 Acura MDX: Which Is Better?
Most Popular Articles