The 2021 Land Rover Discovery continues the SUV tradition of Land Rover, but now with new design elements, features, and technology, plus the luxury and off-road capability of the upscale Range Rover line. A modern chassis, revised gasoline hybrid engines join the mix for this new 2021 model year, while the diesel engine offered last year is discontinued. The Discovery still offers seating for seven people, though the third row is tighter than the second. While there’s no shortage of competitors, the 2021 Land Rover Discovery blends luxury and practicality with outstanding off-roading ability.

The new Discovery receives a bit of a facelift with new bodywork, headlights, grille and lower valance up front, and new taillights and rear bumper out back. Inside, a new center console and dash house a new standard “Pivi Pro” infotainment system with greater processing speed and power, and a larger, brighter 11.4-inch HD touchscreen, and can also be updated with new software over the air. Apple CarPlay and Android Auto were made standard last year, but the Discovery now has nine USB chargepoints and 4G Wi-Fi that can support up to eight devices. The old rotary shift selector is gone, replaced by a more conventional shift lever, and second-row seats have been redesigned for thigh support, cushion thickness and cushion angle.

This 3-row, 7-passenger luxury SUV isn’t the largest or roomiest in its class, but it’s certainly one of the most capable SUVs on the planet. Unlike most rival SUVs from Audi, BMW and Volvo, the Land Rover Discovery is a true off-roader capable of tackling rugged terrain, muddy fields and traversing deep water. See the 2021 Land Rover Discovery models for sale near you

Fuel economy ratings are not yet available.

The design updates make the Discovery’s styling a bit more sporty, with new headlights, taillights and bumpers front and rear, plus more subtle updates to the side trim on the front fenders. It isn’t as brash or defining as the larger Range Rover or Range Rover Sport, but it makes for a very sleek, handsome modern luxury SUV that stacks up well against competitors such as the Audi Q7, Lincoln Aviator and Volvo XC90, though the Lexus GX460 competes well in off-roading ability and also performs smoothly in town, even if it’s no sporty driver.

Centered around the bigger engine, the Discovery 3.0 S R-Dynamic ($61,900) adds the 355 hp turbocharged inline-6, plus a 2-speed transfer case for better low-speed off-roading to that feature and package set.

As one would expect, the Land Rover Discovery comes equipped with standard safety features, including ABS, electronic traction and stability control, emergency braking with pedestrian detection and a full set of airbags, including front-side impact and side-curtain airbags. It also has a blind spot monitor, lane-keep assist and departure warning, a driver monitor, a speed limiter, park assist and an available surround-view monitor.

To date, neither the government nor the independent Insurance Institute for Highway Safety has crash-tested the 2021 Land Rover Discovery.

2021 Volvo XC90
The XC90 isn’t as expensive as the Discovery, and it has a more dynamic appearance. The Volvo also offers a couple more luxury features, like the second-row captain’s chairs seating. While the performance with Volvo’s turbocharged 4-cylinder engine isn’t as robust as the Discovery’s optional six-cylinder, Volvo offers a plug-in hybrid version.

2021 Mercedes-Benz GLS – The Mercedes-Benz GLS is roomier and offers more engine options and performance, including a high-output AMG model. But the GLS can’t tackle the same tough off-road obstacles as the Discovery, and it costs a lot more.

2021 Audi Q7 – The Q7 costs a bit more than the Discovery, but what it lacks in off-road capability it makes up for with a more car-like ride when on-road. The Q7 also affords you a more luxurious interior and excellent crash-test scores.

Autotrader has not yet road-tested the 2021 Land Rover Discovery. But if the 2020 model on which it is largely based is a good judge, all versions will drive quite similarly, though the new 3.0 R-Dynamic and 3.0 HSE R-Dynamic editions with their six-cylinder engines will likely feel quicker, thanks to their improved power and torque. The higher cost Discovery models come with finer trim and more equipment, but the basic goodness of the Discovery should come through regardless of trim level. Find a Land Rover Discovery for sale 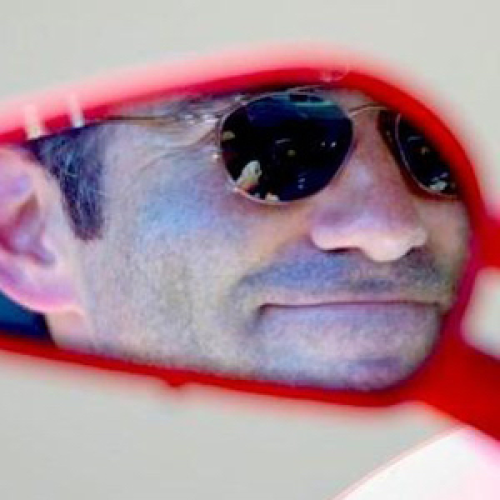 Jim Resnick
Jim Resnick is an author specializing in automobiles and transportation over the past 25 years with thousands of articles to his credit in more than 30 publications including Wired, The New York Times, Kelley Blue Book, Car and Driver, the BBC, Forbes and Ars Technica. Jim's won several awards and has lectured at universities on the auto industry's relationship with government legislation. Jim... Read More about Jim Resnick